Thea became Chairwoman of the Board of Directors in January 2012. Thea is the mother of one, Ciré, whom was diagnosed with autism in 2000. Feeling the need to form an organisation that would bring about awareness of Autism, Thea along with another mother, Tricia Simons, founded their first Autism Charity (BASE) in February 2001. Thea held the posts of Public Relations Officer for 6 years and then was nominated President during her last year of being on the board of BASE. Being an avid advocate for autism services in Bermuda for over 6 years, in 2006 with the help of Tricia and Thea’s sister Erica Smith, she co-founded the charity Tomorrow's Voices – Bermuda Autism Early Intervention Centre. Her dream of parents having quality, direct hands-on therapy for their children with autism became a reality with the opening of the Centre in October 2007. Apart from being co-founder of Tomorrow’s Voices, Thea has been on the Board of Directors since its inception. In January 2012 Thea was nominated as Chairwoman of the Board of Directors and currently remains in that role. Since opening Tomorrow’s Voices, Thea has seen Bermuda benefit from expert therapists, quality trainings and direct support, which have directly benefited Bermuda’s children with Autism.

Thea graduated from Howard University in 2003 with a Bachelor of Fine Arts Degree (Magna cum laude) in Graphic Design. In her professional career she has worked for the Bank of Bermuda as a Graphic Designer, the Bermuda College as their Graphic Designer and also held the post of Manager, Creative Services with the Bermuda Department of Tourism. Leaving the Department of Tourism in 2006 Thea fulfilled another one of her dreams by opening her own Graphic Design studio, TAF Designs. Having owned her own company for the past 14 years she has designed projects for hundreds of public and private sector clients as well as provided consulting graphic design services for the past 12 years for one of our local Banks.

As an advocate for autism Thea also wanted to strengthen her understanding and abilities in behavior analysis and in December 2010, she received her Graduate Academic Certificate in Applied Behavior Analysis (ABA) from the University of North Texas. With this Certificate and the vast knowledge of ABA course work Thea has gained over the years, she continues to advocate for research based services for those with autism and developmental disabilities in the Bermuda community.

In October 2019, while attending the Autism Law Summit, in Jackson Hole, Wyoming Thea was awarded the 2019 International Advocacy Award for her advocacy work in improving the services and lives of those with autism and other developmental disabilities in Bermuda. show more...

Erica was involved with the development of Tomorrow's Voices from its beginnings. She was part of the project team responsible for bringing this dream into reality. She has been a member of the board of Tomorrow’s Voices since June 2007 and was Chair from March 2008 until December 2011. She has recently been elected as Deputy Chair. Erica is the Executive Director of the Bermuda Economic Development Corporation (BEDC). Former leadership roles include the Director of the Economic Empowerment Zones Agency; the Director of Sustainable Development; Assistant Director of Planning; and National Director of the Duke of Edinburgh's Award in Bermuda. She has also run her own consultancy firm ERF Designs. Having been educated at Boston University, Howard University, and the University of Pennsylvania, she currently holds a Bachelors Degree in Architecture, a Masters Degree in City Planning, a Certificate in Urban Design, a Diploma in Supervision and Management, and is a Certified Urban Planner. She is an International Exchange Alumni of the US Department of State’s Bureau of Educational and Cultural Affairs and an alumni mentor with the Cherie Blair Foundation mentoring entrepreneurs globally. When not working with the local business sector, Erica is very engaged in the community. She is passionate about giving back to her country and feels her work with Tomorrow’s Voices is necessary divine work that is needed. She is committed to her role of lobbying for services, resources, and funding for children with autism specifically, as well as generally for those with special needs and other disabilities. show more... 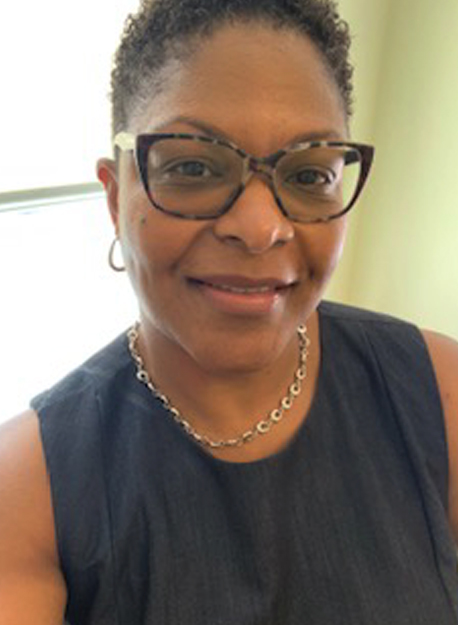 Crystal joined Tomorrow’s Voices as a Board Member in April 2021 and transitioned into the Board Treasurer post in May 2021. Crystal obtained her Bachelor of Commerce degree from St. Mary’s University in Halifax, Nova Scotia, Canada and qualified as a Certified Public Accountant in 1998. She has over 25 years’ experience in accounting and finance operations. She began her career in public accounting at Deloitte and has held senior positions in both the private and public sectors. She is excited to join the Tomorrow’s Voices Board and is looking forward to contributing to its ongoing success.

Ms. Angela Tota-Francis joined Tomorrow's Voices as a Board Member in 2010. She is an experienced educator with over 25 years working with children aged 5 through 14. Ms. Tota-Francis has a demonstrated history of working in education and leadership with a commitment to student and school success. She is a strong education professional with a MA Organizational Management degree focused in Educational Leadership and Administration from Endicott College. She is an accomplished, innovative educator, facilitator and leader with a passion for education especially in the area of Mathematics.

A past volunteer in Tomorrow’s Voices Saturday Social Skill Group, Joe’s continued interest in the organization’s mission led to his board nomination in 2012. A native Montrealer, Joe graduated from Harvard College in 2007 with a joint-degree in Economics and Mathematics, cum laude with High Honors, as well as an MSc in Financial Economics from Oxford University's Saïd School of Business in 2008, where he was elected class president and named to the Dean's List. After internships at Goldman Sachs, Blackstone, and numerous Boston-area hedge funds, Joe worked from 2008 through 2013 at Orbis Investment Management, a Bermuda-based contrarian value asset manager. In 2013, Joe returned to Montreal and currently manages a portfolio at one of Canada's largest asset managers, PSP Investments. In addition to his work with Tomorrow's Voices, Joe serves as a director of the Harvard Club of Quebec, Co-President of the UCC Old Boys Association of Montreal, and Chairman of the Board for Rentlogic Corporation, LLC. show more... 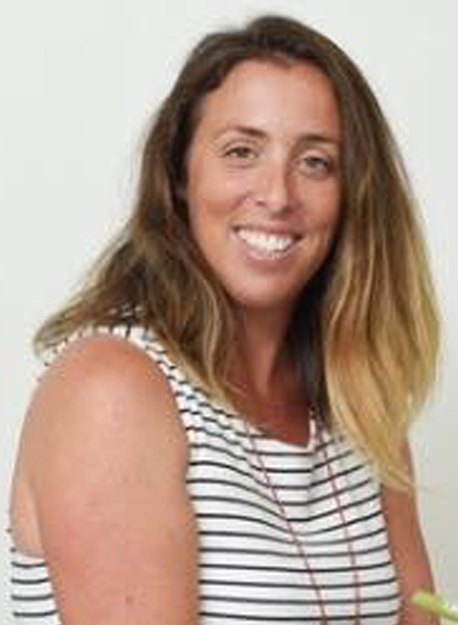 Robyn joined Tomorrow's Voices as a Board Member in April 2013. Robyn is a Media Communications Specialist with a fantastic eye for detail and a knack for and love of all things grammatical. She has risen from the fast-paced ranks of a busy news office to the challenging role as a sub editor at a lively publishing company. She currently works as a freelance writer and editor.

Larry joined Tomorrow's Voices as a Board Member in January 2014. Larry is currently the Assistant Director Development Management with the Bermuda Government’s Department of Planning having taken up this position for a second time when he returned to the department in September 2013. Larry oversees the Development Management Section of the Department of Planning which includes, Front Desk operation and Enforcement.

Annette joined Tomorrow's Voices as a Board Member in January 2019. She is a Human Resource Professional with a Masters' Degree in Human Resources and Management from Webster University. Annette's focus is in Training, Learning and Development of which she has over 25 years' experience in course design and facilitation. To add to her love for training, Annette is a fitness enthusiast with certifications in Spinning (Indoor Cycling) and SPRINT (LES Mills) and teaches weekly classes in these disciplines. She has also been a bodybuilding (Figure) competitor. Annette is a past member for the Bermuda Deaf Awareness Association. As an interpreter for the deaf and hearing impaired, she specializes in religious interpreting, as a Seventh Day Adventist Christian.

When asked to put her Human Resources skills to use to assist Tomorrow's Voices, she welcomed the opportunity to learn and give back. show more... 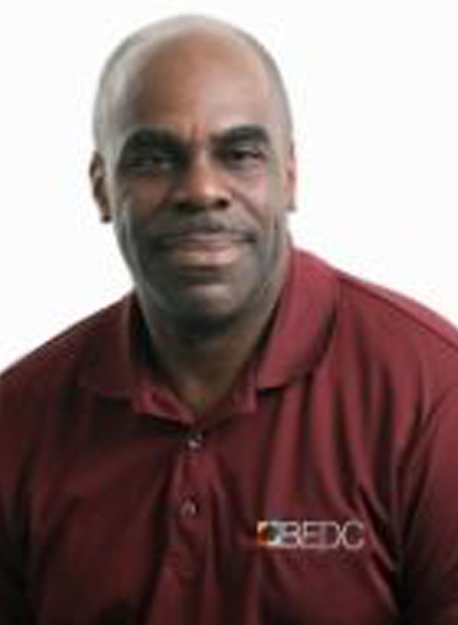 Ray joined Tomorrow's Voices as a Board Member in January 2020. He is a graduate of The Berkeley Institute, The Bermuda College and a 1991 graduate of Longwood College, Virginia State, with a Bachelor of Science in Business Administration majoring in Accounting. He obtained his CPA designation in 1992 while training at Price Waterhouse/Gray & Kempe. Ray has over 25 years of work experience inclusive of Assistant Vice President of the Bank of Bermuda (Corporate Trust) and CFO for the HWP Group of Companies HWP. Currently Ray is the Finance Director at the Bermuda Economic Development Corporation (BEDC) having been there since 2013.

In addition, Ray is an entrepreneur in his own right, having started his own Accountancy consulting firm, Faro Management Solutions, where he supported several clients including BEDC. Ray is also an avid sportsman and in his spare time gives back to his community. He is the current President of Devonshire Colts, team Coach of the Under 20 National Football Team and an Assistant Coach to the Bermuda National team. show more... 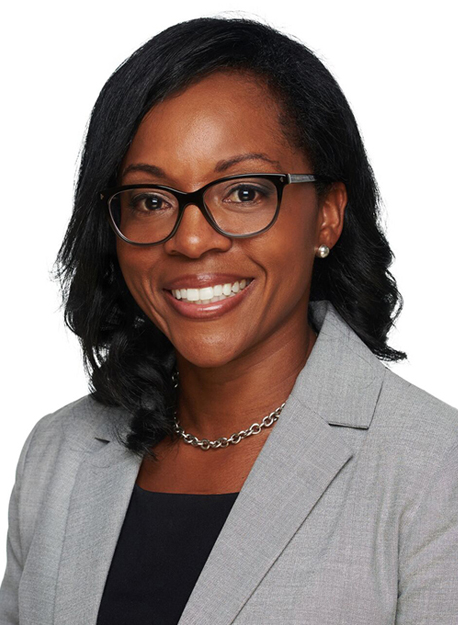 LaVonne joined Tomorrow's Voices as a Board Member in January 2020. 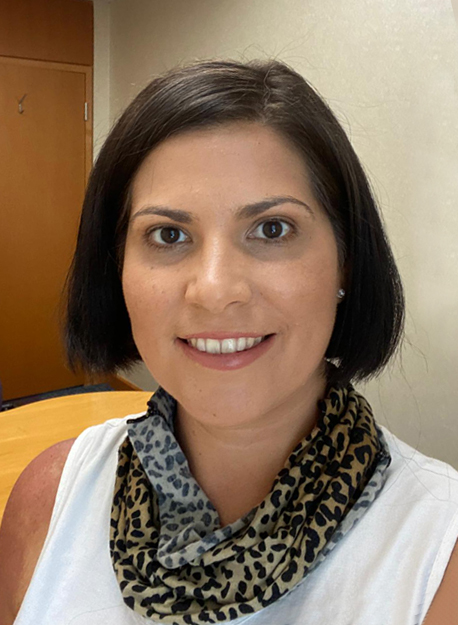 Yvonne joined Tomorrow's Voices as a Board Member in January 2021. Yvonne, Security & Facilities Specialist at Butterfield Bank, is an experienced project manager; with a demonstrated history of working in the banking and business development industries. Specializing in marketing, she has successfully built and developed various brands, both in Bermuda and internationally. Yvonne is a mentor and truly believes in the power of networking. She is passionate about Bermuda’s youth; and currently is an active member in various local, youth-focused organizations.